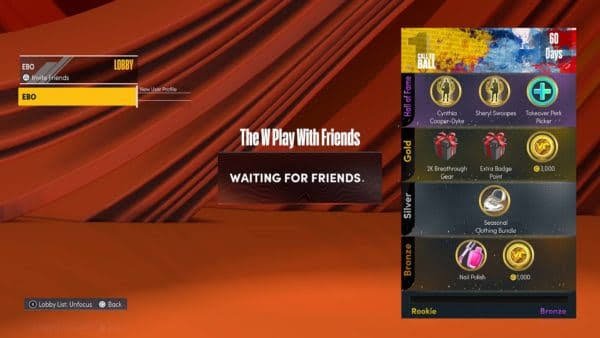 NBA 2K22 season 2 Rewards, Release Date: So season 2 is about to begin in NBA 2K22 Rewards. The NBA season is also starting. Who do you guys thinking to take the chip let me know right now. So today I have a lot to tell you about he rewards that we are getting in the new season of NBA 2K22. So i want to get straight into it a pandemic is surrounding in 2k22 right now. This is nothing really that 2k fix they kind of can which i will telly you further.

But J.A Bridge forth made a tweet on twitter and he said Running from games is not an all time high in 2k you just play current gen. So every single person is playing last gen including me that has played. The game is horrible i mean it is a run fest. If you look like you know How to do one dribble move. Or any type of that nature you are immediately ran from. If you are high level you have nice clothes on people are running at all time highs by far. Not even close to any other 2k in history.

Anyways as i said in the beginning in two days the season is going to end on 2k22. Season 1 will be over and season 2 will be starting. A lot of people are confused on what’s going to happen. You are not going to loose your player. Your players are not going to go back down to 85 for all. The only thing that is going to reset is your level. And you have to grind back to level 40. So you will get a star next to your player if you hit 40. And that means your one star out of from 4 from being able to hit legend. Once you get 4 stars you will be a legend on 2k22 and you don’t have to hit level 4 seasons on a row.

You can just do it four out of the. I think there’s are nine seasons but if you guys don’t want any spoilers.

And the next thing is the rewards that are already leaked. The first one is a completely new one that we have not seen yet. Power quote tweeted someone’s tweet and said is this  a hint of a potential car in NBA 2k22. Because there shop right there.