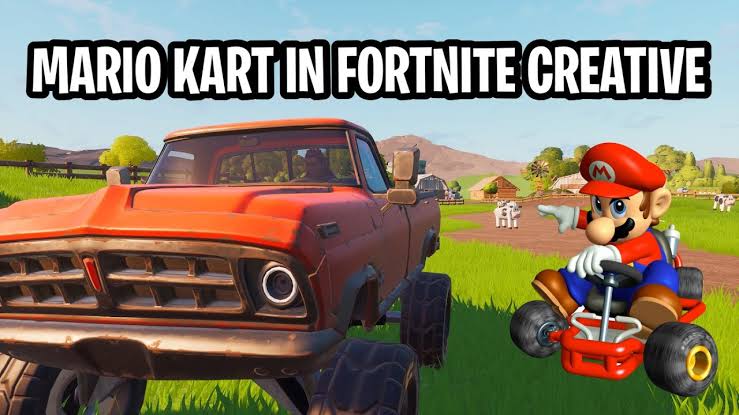 Mario kart vehicle in fortnite: So fortnite delivers new update regularly for the players in the Fortnite game. And there is one of the biggest updates is happening in the fortnite and mario kart crossover. That would be including a brand new vehicle. Brand new vehicle mario themed items we have got so many amazing things to talk to about today. In this article we are going to be talking about all of the new mario kart cross over stuff.

Which Game was Supposed to Introduced?

So now starting up it out here guys, we get into the brand new stuff with mario kart and mario kart vehicle. Apparently there’s an upcoming questions and answer inside of creative named Ginseng which mentions mario kart. Now guys take a look at some of these questions in some of these answers

Which game supposed to introduced Yoshi?

And the correct answer is obviously super mario bros. And then other ones also referencing super mario so that in and of itself could be a hint towards yoshi being added into the game. We’ll talk more about that later but it goes on to say other things too. Like for example,

What kind of animal is mario’s bowers?

I think they had a typo. I think it’s supposed to be bowser but obviously the correct answer is a koopa but where it gets especially interseting is they specifically mention mario kart as well. They say,

Which is obviously the blue shell. So guys they wouldn’t mentioned mario inside of an official fortnite level unless it was it was a collaboration coming up in very new future.

And that’s just start we gonna talk about lots other. Now moving on the next we gonna talk about is another funny glitch. Before we hop into the all the mario kart stuff. But this one is just super cool you gotta see it has to do with golden cube in the center of the map. I gotta see if this actually works because there’s actually works because there’s actually a trick that should allow us to get on top of it because as you know when you try to go top of them or anything. they will just bounce you right off But apparently there’s like couple of things we can do If we would build up we can then simply just walk onto the cube.