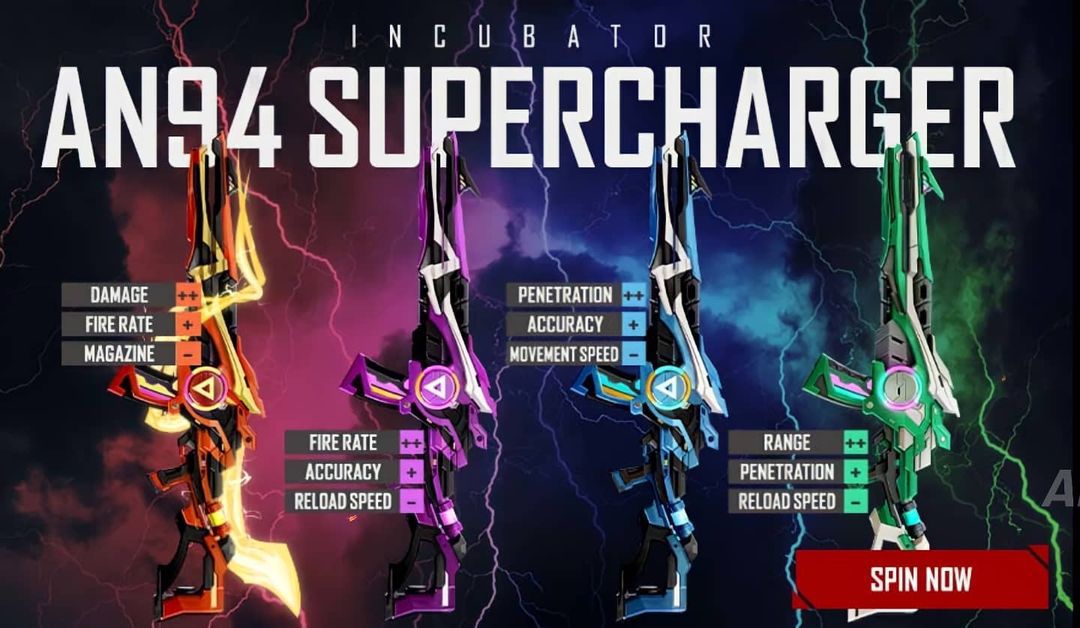 Supercharger Bolts AN94: Free Fire game is developed by Garena company. Free Fire is one of the most popular Battle Royale games globally. People love the game so much that it is the top-grossing mobile game in the world. People love this game because of its colorful & attractive design which makes the whole user experience smooth & interesting.

Developers add new weapon skins & characters to make it more attractive & some under the hood improvements. One of the new editions is- Supercharger Bolts AN94. A new AN94 gun skin is making its debut in the game. The gun skin will be animated in the game also in the lobby. Excited? Let’s see what is we are going to share in this article about Supercharger Bolts AN94.

Supercharger Bolts AN94 Making its Debut

To adding extra colors, new AN94 skin is coming to the game. AN94 is an assault rifle that runs on assault bullets. As per some leaks, this skin may come on December 1, 2021, via diamond spins. In this article, we are sharing some leaks of the AN94 upcoming Supercharger Bolts AN94 skin details with you.

How to get Supercharger Bolts AN94?

That’s all for the upcoming event Supercharger Bolts AN94 spin. Surely this will make more hype among the players. So, start saving your diamonds for the skin. Or if you are running out of skins, try to get some top-ups from your pocket money.