If you guys are really excited for this Rick Grimes character you are at the right place. Various news from the past few days are saying that we may see the Rick character in the Fortnite. And for instance yes it is true fortnight is having a crossover with Rick Grimes character. There is no such official announcement by the Epic games. But as per the leak on Xbox this may be true. The fortnight fans on social media are publishing posts regarding this Rick Grimes stuff. So this may stand a chance for the character in fortnite. In the poster revealed by Xbox Rick Grimes standing in front. Suicide dreams Michonne  and Darly the characters from walking dead were there in the photo.

Official Twitter account of Fortnite yesterday posted the tweet the caption was .357. many of players were getting the trouble to understand what is this .357 means 357 Magnum the gun which was used by Rick Grimes. Also they have posted the image consisting the Fortnitemares and three cards. This cards was having Shroff hat on them. These cards are confirming that Rick grimes will be there in the item shop soon. According to the sources this is a bundle which is consisting of a black bling pickaxe and a glider also. It will be quite difficult for the Epic games to design this character in the Fortnite. Rick grimes is a simple character in The walking dead it doesn’t possesses that much transitions. In the month of October Epic game must be launching the new Fortnitemares skin every single day.

Many of the people are having questions about nagging, currently we are not having that much information about it. Players seem to be excited towards this character. 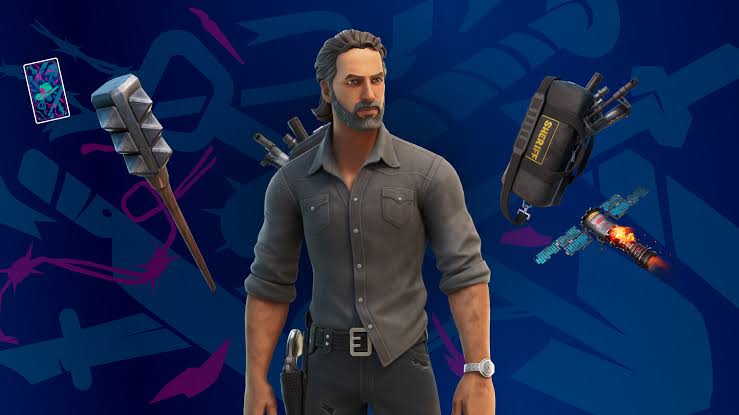 So guys please let us know in the comment section that how do you feel if you see Rick Grimes in Fortnite.  Many of the players are eager for this character. As various characters from walking dead are already in the game this one was very possible to come. So that’s all the things about Rick Grimes X Fortnite. Hope you have like that article and enjoyed it also.