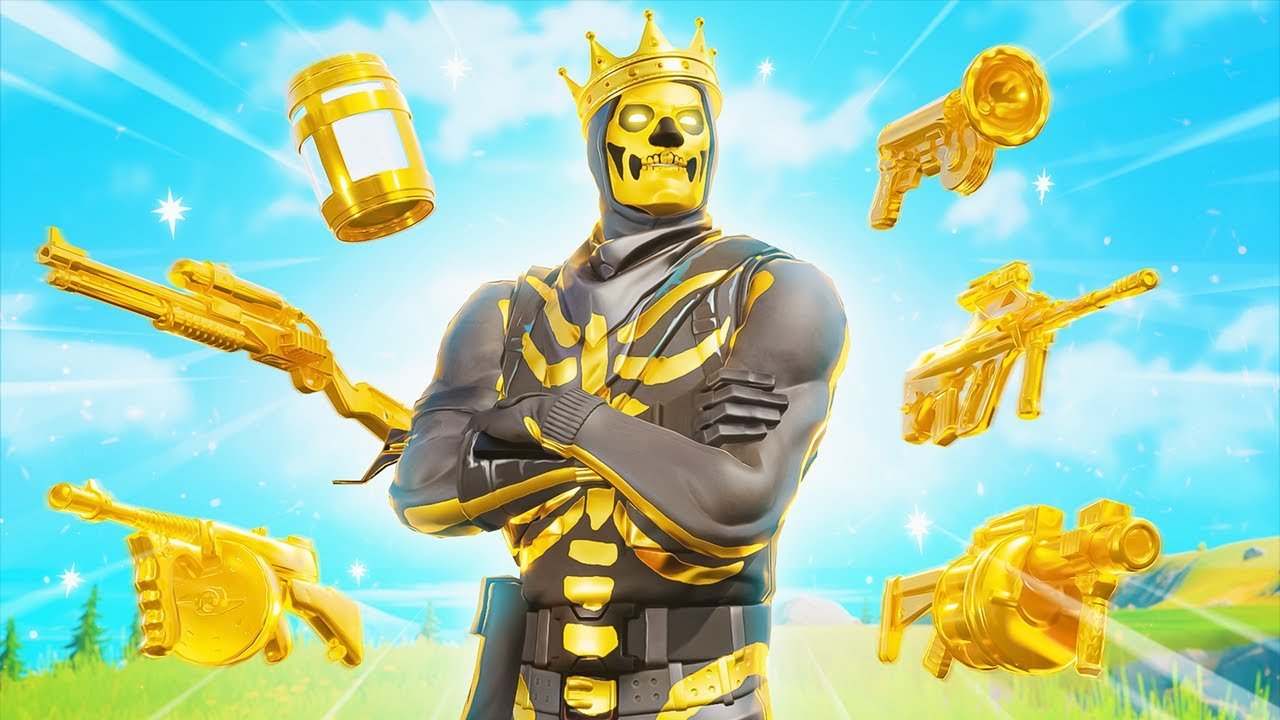 So guys if you want to get this Golden skull topper Fortnite skin, read the article further. It is not that hard to get this skin. We should probably tell you that Golden Skull Topper is an Epic outfit. It says victory runs bone Deep. Also part of skull squad set. As it is a part of the skull squad set it will be released between 12 to 18th of October.

This Golden skull Trooper skin prices 1500 v bucks. The player should play 1500 v bucks for the skin. The amount is feasible for the skin as this is an Epic outfit. The main thing is that it has three different styles. But as per our technical team of Official Panda majority of players have two different styles also. Among all these three different styles the purple style tips are for Oz players only. Yes, no doubt the other two styles are also very good we would like to recommend them to you also. So if you are an Oz player you should get the purple style.

Also, Read; Overwatch Vs Fortnite | Which is Best

So guys you are ready to bang with this new style of Skull Trooper.