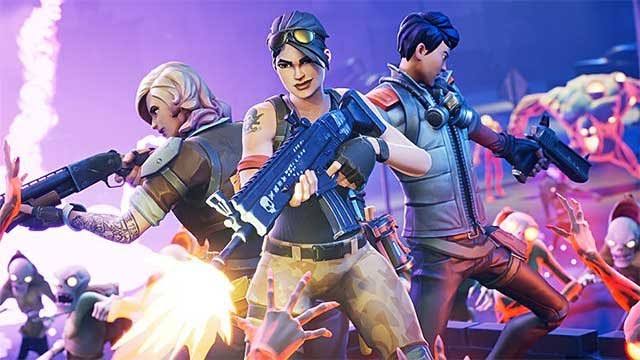 Overwatch Vs Fortnite: Overwatch and Fortnite are some well-known people in the gaming industry, and there is a reason.

“The Overwatch” is a tactical 6v6 shooting game, while Fortnite is a team game with a maximum of 4 players and a minimum of 1 player.

Fortnite is more than just a game. It has surpassed this status and has penetrated into our modern culture in many ways. There are many memes, songs, and events about or focused on games. Once it was launched, it quickly reached the top of the game industry, and frequent updates made fans more and more invested.

A special achievement of Fortnite, or rather the Epic Games development team responsible for the game, is creating a loyal fan base. This game has been popular for much longer than usual. Keeping a game at the top level of the league for more than a year shows the fun people get from it.

Competitiveness Of Overwatch and Fortnite

Fortnite is part of the Battle Royale genre, which is one of the biggest sensations in the game today. Players can play alone or with up to three other friends. There are a hundred different players in each game, and it is up to you to make sure that you are the last to stand. Players enter the game unarmed and must find the trophy by themselves.

Best Weapons in Fortnite:  If you’re wanting to know the best gun in Fortnite, it is probably the legendary Scar. It has been in the game from the start of Fortnite. Gun is a favorite of Fortnite Content Players and Pro Players. Scar Requires only 2.1 seconds to reload 30 bullets in the magazine.

The most damaged gun in Overwatch is Hanzo’s Storm Bow with Knock And Release.

Finding the right team is the key to winning the game in Fortnite, while Overwatch is a team-based game. 6 players from 2 teams faced off in a short match. The game is very tactical, and skill is not the only condition for players to win. You may be the best Overwatch player in the world, but if you don’t work with your teammates, you still won’t be able to win many games. Unlike Fortnite, all Overwatch characters have special equipment and abilities. Survival is not the only important thing in Overwatch. Players must complete certain goals or they cannot win the game.

Pros and Cons of Overwatch and Fortnite

The game does a great job of enriching the experience of first-person shooters. In the early days of FPS games, the typical police vs. horror scenes were good, but in a world where technology continues to advance, gamers just want more.

Overwatch offers a variety of game styles; if you are not good at fast-paced short-range combat, you can choose a hero with brand new skills, and you can use it to add color to your gaming experience.

The main advantage of the game is the graphic design and aesthetics. This is a relaxed but very detailed fantasy world. Customizable characters and almost life-like maps create a very immersive gaming experience. For those who are not familiar with the gameplay of Battle Royale: 100 people parachute on the map and collect items and weapons, and the one who survives will win the game.

Concept of Overwatch and Fortnite and Weapons

A simple concept, but Fortnite is a game that takes it to a new level. Every company that makes a battle royale game tries to add its own characteristics to the game, hoping that this will attract most players. For Fortnite, the most important add-on is the build function. In the Fortnite game, you can use items collected on the way to construct temporary buildings.

This adds a whole new dimension to the gameplay and the vivid world that takes place in it. This feature helps people interact more with the beautifully designed world and increase the experience. Simply put, the battles in Fortnite are interesting.

These weapons are not virtual weapons like Overwatch, but real weapons redesigned in cartoon form, so it is not necessarily weapons that make Fortnite’s battles so interesting. This part is related to the characteristics of the building. Players can build mini fortresses and avoid enemies while playing, create sniper bases, or just camping spots. Creativity is the only limit.

Overwatch was released in 2016, while Fortnite was released later in 2018. As mentioned earlier, both games are great because of their unique features. Some of these specialties are mentioned below, as well as the differences between the two games.

Popularity Between Overwatch Vs Fortnite

In numbers and details. The hard part is understanding all the different numbers reported. Fortnite claims that there are about 250 million players in total, which is a large number, but not very accurate.