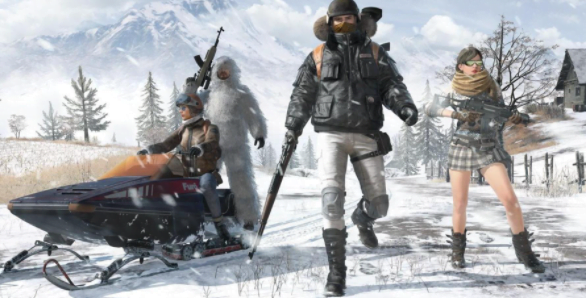 Vikendi 2.0 Map Coming in BGMI: All our Battleground mobile India fans out here must be surely aware of the Vikendi map. Remember a long time ago we had this amazing snowy white map available in PUBG? And then remember that PUBG got banned and then BGMI was introduced but without the Vikendi map. Well, get ready for the greatest comebacks in the history of BGMI – The Return Of Vikendi Map in BGMI. Vikendi 2.0 is all set to release in December 2021.

BGMI and PUBG both are quite popular when it comes to offering a different variety of maps. There are so many options available. You can explore the Basic Erangel, Lush Green Sanhok, The dessert-themed Miramar and Karakin, and the tiny and pretty Livik! Vikendi was first introduced in PUBG, but for some reason was scrapped out.

It has considere to be the most beautiful map available in BGMI. Covered with snow some of the places on the map are just so astonishing! It used to offer an exclusive weapon called G36C. It also had a pretty cute-looking snow bike. Also, the Ghillie Suit was completely white in color which gave it a pretty nice look.

Of course, as you must have assumed already, BGMI will not just bring back the same old Vikendi map. BGMI is all set to launch Vikendi 2.0. So let us just go through the changes and the additions.

Return of the Vikendi map is one of the topmost topics discussing in the BGMI universe. Players are already very excited since the beginning of the year for this update!