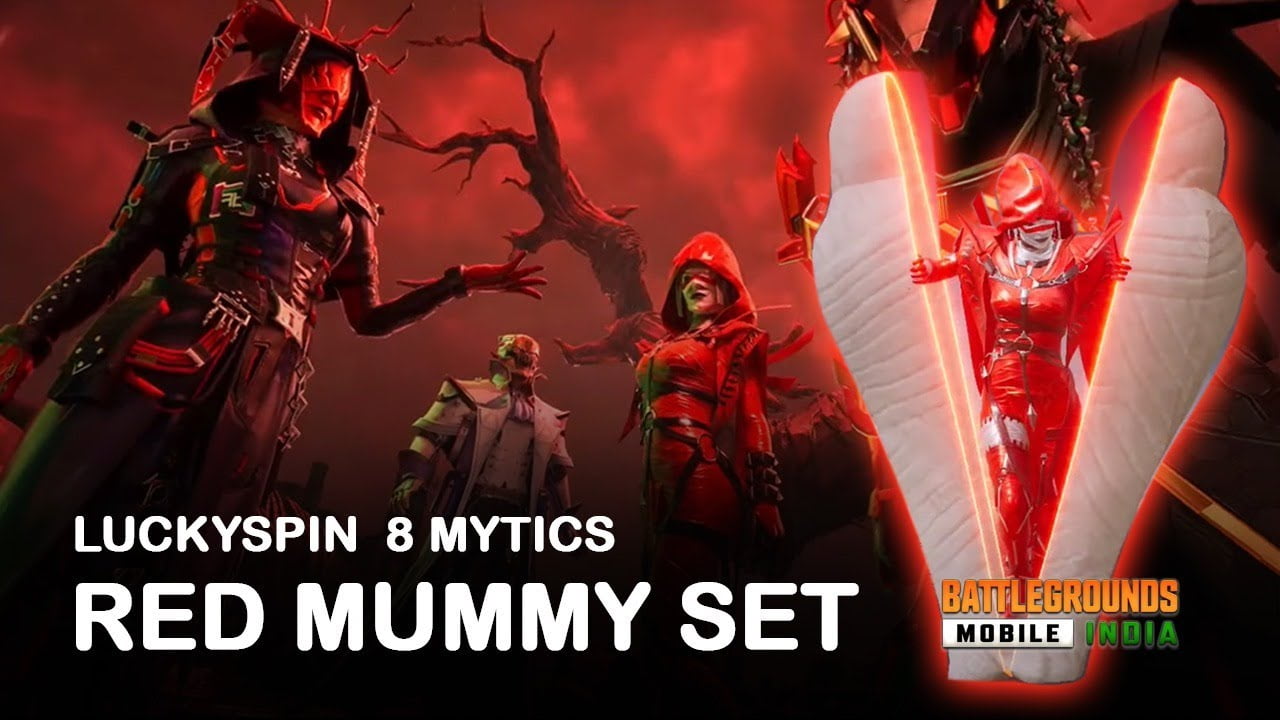 Mummy Bonds of Blood in BGMI is new character outfit in BGMI. The players were eager for this outfit. As the name dignify itself this is a Mummy character. Mummy means not mother, your mummy refers to the dead bodies in Egypt pyramids. In the olden time there was ritual in Egypt to preserve the dead bodies. This dead bodies are often kept into the pyramids. This dead bodies are known as mummies. Generally we see them in horror movies. So this character in BGMI is quite interesting. To know more about this character read the article further. Everything in the detail is their In this article.

All the players in the BGMI are already eager for this character. Till the time our technical team official Panda has only what the first look of this. In the very first look we are reaching to all the details and necessary information about the same character. However the entry of mummy bones of blood is setting new height in the game. We should must look at the gameplay of this character.

Excitement for Mummy Bonds of Blood in BGMI

Guys please know that, you will get this character outfit in Platinum Ripper Creat. In this set you will get all total line items. This will be consisting of helmet skin, Gun Skin, clothings etc. So get this outfit and enjoy playing BGMI.