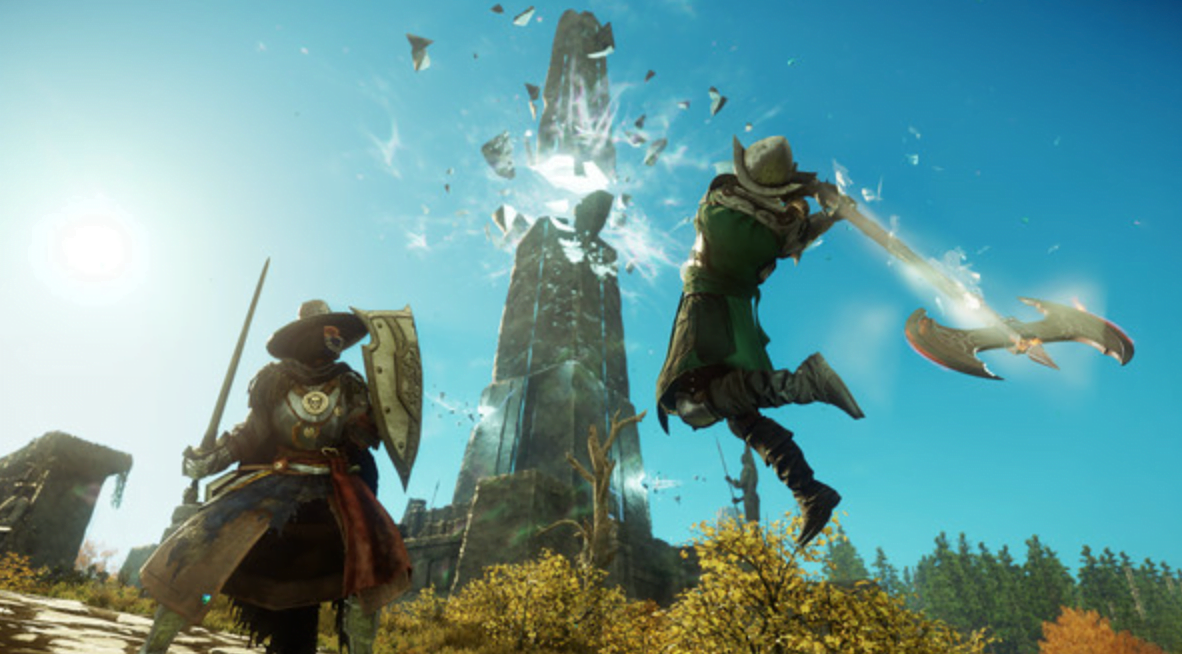 Leveling Guide For New World; With the launch of Amazon Game Studios, New World, many players have just loved this game. Player had shown a great response to this game despite of the error coming of server down. But this would definetly happen as their is a huge demand of playing this game. But with this a lot have the problem in leveling up. This Article is just about the levelling up tips and tricks. And this would also consume your time.

As most of the other MMORGP games, the most straightforward way of lveling up is just doing quests. Going each one of the settlements picking up the quests. Pretty much as you see every icon you just go ahead and pickup the quests. Especially if your’e going to be in those areas doiing main storyline quests. And in the game there is the main storyline quests which will givw you a bulk of experience. Ther are side stories quests which are not necessarily always in the settlements. They can just be out throughout the world, you can just walk upon them. There are also faction quests after you progrees throughout the story you will eventually have to pledge to a specific faction. And those factions have contests that they can offer you.

And there are also town board quests these are quests that you can pick up at the town board of every single settlement. you can kind of do them along the way. it’s normally tasks like killing 20 goats or five bison for turning in 20 iron ingots. Theyr’e actually easy experiwence if you have the materials but early on i don’t want you to get focused on the town board quests. they are good experience but they are not like they were back in the beta which was like the most optimaml way of leveling up.

Most optimal way of leveling up

Most optimal way of leveling up is definitely still the main storyline. But here my main suggestion for doing storyline that all of these quests have the level recommendation. My rule of thumb here with new words is if the level of main storyline quests exceeds my level be more than three levels i need to do some side story quests or maybe even some faction quests. With perhaps some time board quests you’re gonna waste more time trying to dp main storyline quests. being under leveled trying to kill things that can almost one hit you on top of that just traveling to the locations.If you are under level can be very dangerous and time consuming. If you are killed it will be just not providing you thr experience.