Zedd x Valorant Skin – New SPECTRUM Skin in VALORANT: Riot Games has come up with a very happy and exciting news for it’s players. They have successfully brought music and gaming together. This was done by collaborating also with World known musician Anton Zaslavski. He is better knows as Zedd. Apparently just like us, he is also a big fan of Valorant. Riot games have collaborated with him to introduce the new Spectrum Skin.

Zedd X Valorant – Spectrum skin is based on the electronic sound , visuals and colors. These special effects are given in by professional electronic musician. Zedd has contributed towards the audio and and VFX. “Zedd was very interested in collaborating with us on a skin line because he’s a huge fan of Valorant,” said ​​Sean Marino, Art Lead on Valorant at Riot Games. 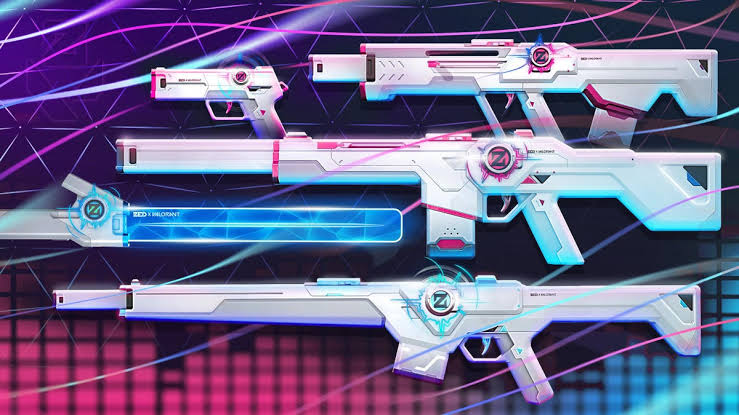 The Zedd bundle is going to consist of the following –

The Zedd bundle includes skins for Phantom, Bulldog, Guardian, Classic and Knife melee weapons. Each weapons has its own three different colors variants. They come in purple, red and also black. All of the weapons have 4 levels to unlock except the melee weapon. Melees have only two levels for unlock. The skin’s base color is bright white. These colors will change as you move. The Spectrum skins also offer unique animations and  different firing sounds

The Zedd bundle was launch on 8th September and costs 10,700 valorant points, therefore it is considering as one of the most expensive skins.