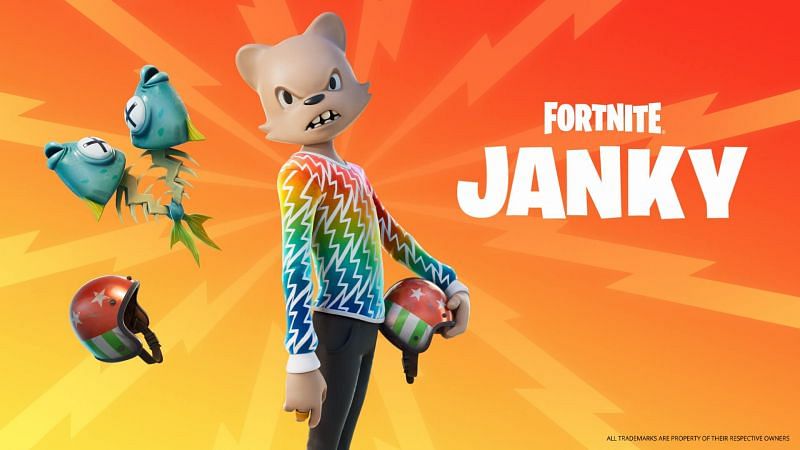 The Janky bundle is a new outfit coming in Fortnite Season 8. The Janky bundle comes along with a three-item bundle and also includes a Jhanki outfit, a helmet. and two dead fish which named janky’s dead fish.

The janky bundle has cool looks, with 3 item bundles. If you purchase the Janky bundle within 24 hours from its release date, you will get this bundle for 1800 bucks along with other items.

This means if you purchase the Janky bundle within 24 hours from its release date you will get 3 items within 1800 bucks. After the period of 24 hours, the price of each item bundle increases.

Also Read: Get Unlimited XP in Fortnite Season 8 (How to Level Up Fast)

Fortnite is an online multiplayer Battle Royale game. It is developed and published by Epic Games. Fortnite was released in 2017, from its released the game has completed many milestones.
Fortnite is available in three distinct game modes. Good night is mainly popular in Europe and North America.

A Twitter page named Fortnite news And also leaks posted the picture of this new janky bundle first time. Moreover, this Janky bundle doesn’t come alone but it has come with two dead fish. These dead fish are termed as janky’s dead fish.

The one, the only, @JANKY from @Superplastic has arrived in the Shop!

The janky outfit in Fortnite looks very cool. The outfit is of rabbit or rabbit-like creatures. The top portion of the outfit contains a sweater of red blue orange white and many more colors. The trouser of the Janky outfit was a black lower.

As we mentioned earlier that the Jhanki outfit comes along with two items is all these items will cost you around 1800 bucks if you purchased within the launch of 24 hours.
After 24 hours passes the price of a Janky outfit alone would cost you around 1500 bucks. Also, the Janky’s dead fish will cost you 800 bucks.