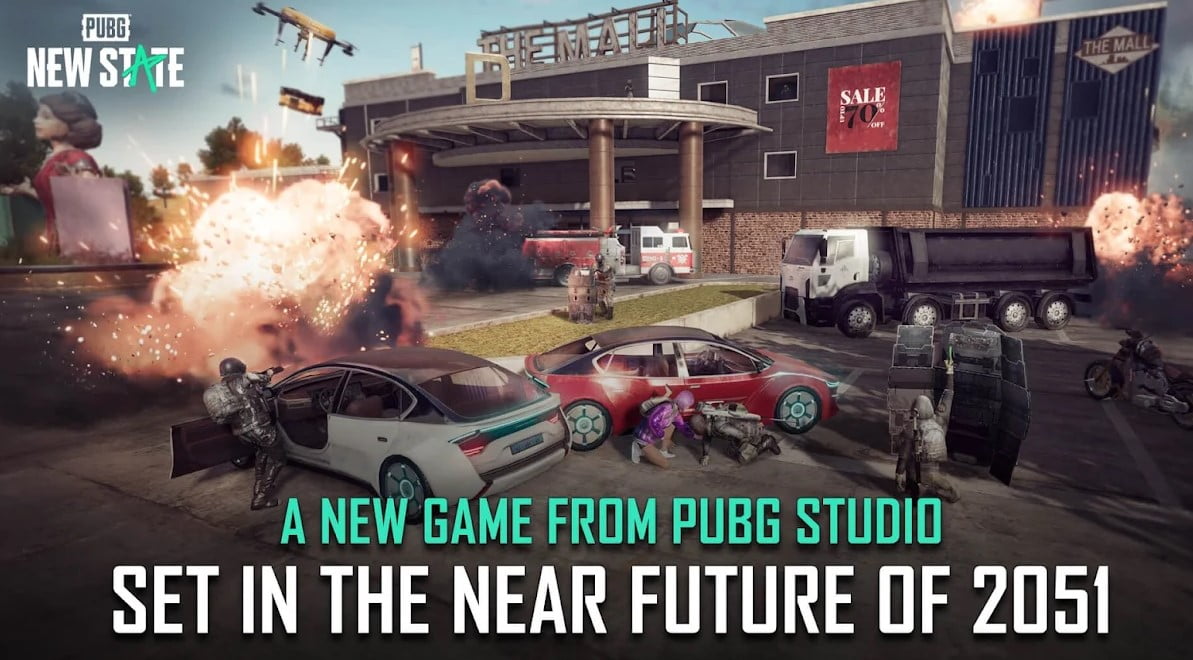 PUBG NEW STATE: PUBG Mobile recently reveals their new game via teasers. Now, the App Store of iOS reveals the release date of the new game, PUBG NEW STATE. PUBG: NEW STATE is so close to the global release, which is more likely Krafton going to handle rather than Tencent. The pre-registration for the game has been started in both operating systems, for Android and IOS. Apple Store now teases that the game will release on the Apple App store on 8th October 2021. So, most likely the game is also going to come sooner in Google Play Store too. Let’s find out what we’re gonna expect from this game.

What are we gonna expect in PUBG NEW STATE

PUBG NEW STATE game is basically the continuation of the OG PUBG Mobile game with some improvements in graphics & animations. Also, there are new types of vehicles, A brand New Map, & some cool weapons & characters which will give you old memories back but with some added cool vibes.

PUBG NEW STATE is currently in the Alpha stage for very few players. The developers are looking for feedback to improve the game thus everyone can olay & enjoy the gameplay. It’s very much unstable graphics & gameplay now but after the global release, we hope that things going to be fixed as soon as possible.

So, too much hype now right? But, You may think the game will run on your device or not. Well, we have a solution for that. PUBG NEW STATE developers made some Minimum Specifications Required for this game. Let’s find out-

After checking the requirements, Lets’s talk about how you can do Pre-Registration for PUBG NEW STATE-

PUBG NEW STATE India Pre-registration: Here is the step-by-step guide on how to pre-register for PUBG NEW STATE

That’s how you are ready to go for PUBG NEW STATE global release. Wish you good luck with your gameplay.