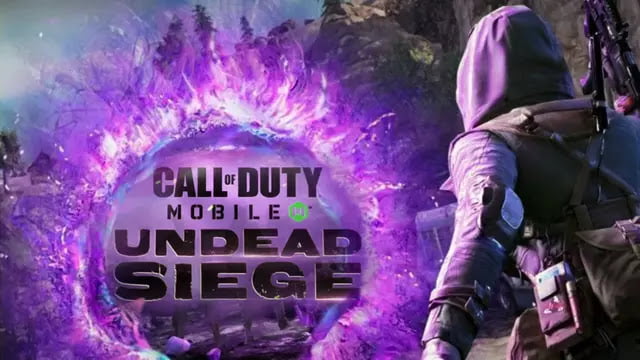 Activision is taking down the Undead siege Season 8

Undead Siege mode is one of the popular gaming modes in the call of duty game. Now as per the official tweet from Call of Duty: Mobile official Twitter handle, Activision is taking down the Undead Siege Mode. But in upcoming season 9, it will return in the game.

Activision released this Undead Siege mode (Zombie Mode) in Season 6 of Call of Duty Mobile. As this mode was released it become very much popular among the COD players. In this mode, players have to face the zombies. In addition, Players need to survive throughout all 5 nights to complete the challenge and win the game. This mode has a different fan base among the cod plyers.

As Activision posted that Undead Siege was a limited-time mode. Players are not that happy regarding this removal of mode. However, Activision will bring back this Undead Siege mode if it will receive great demand and feedback from the COD players. So There are chances Undead Siege will become a permanent and available mode in the game.

Yesterday, on 11/09/2021 The official Twitter handle of Call of Duty tweeted about all this stuff. In conclusion, They are thankful for the excitement and appreciation of the players shown for the mode. That’s why Activision is going to expand, support, and update the mode.  They officially announced that Undead siege will be coming back in season 9.

🙏Thank you all for the excitement and appreciation of this mode! It has inspired us to expand, support, and update the mode.

👉 With that said, Undead Siege will be leaving Call of Duty: Mobile this season, but it will return with more in S9! pic.twitter.com/tliJNGlbeS

Undead Siege Mode will be back in Season 9

Activision will bring Undead siege back in season 9. Including the new content, lots of improvements, and great optimization. In addition, they said that It needs a short break while they will improve it, but you people can enjoy a lot of things during season 8. The official Twitter handle @PlayCODMobile twitted this.

Season 8 is on its way. For instance, players may test the new content which is made available for the same mode. It will come along with new modes, new maps as well as weapons that are coming to the game in the next season.

Season 8 may get a release on 24th September because of the in-game battle pass timer. In some of the regions, it is possible that this version may come a bit earlier, so we recommend you to stay alert from 22 September. On an important note, the content which is currently present in the latest test build is not representing the full content. The full content may differ from this.

Although the zombie modes in the call of duty always fulfilled the expectations of the players. For the first time when the zombie mode was brought to Call of Duty: Mobile it also received the same amount of love and Appreciation from the Call of Duty: Mobile players. But now players have to wait for the upgraded comeback of the Undead Siege Mode.