Best Gun for Better Performance fir TDM in BGMI: TDM mode is the practice match. The players are making the skills in close fights. The players in TDM are practicing close-range fights.

In TDM players are ready to close-range fight. The gun’s higher damage and a higher fire rate will be more useful in TDM. There are some guns that are best in TDM.

AKM is one of the best gun for better performance in TDM in BGMI. The AKM is the most dangerous gun in close range. The AKM gun recoil is difficult to control. The player should have control of this gun. The Compensator and extra quick magazine attached with the players are more beneficial in close-range fights.

Some players prefer DP-28 in close-range fights. The players prefer this gun because they know that the gun is high damage and the ammo of this gun is more than other guns. DP-28 gun reloading is very slow.

The micro uzi is one of the lightest submachine guns in the BGMI game. This gun is best for burst headshots. This uzi gun has a very high rate of fire with the help of that you could aim very easily. The uzi gun uses 9 mm ammo. UZI is the best gun for better performance in TDM in BGMI for close range. 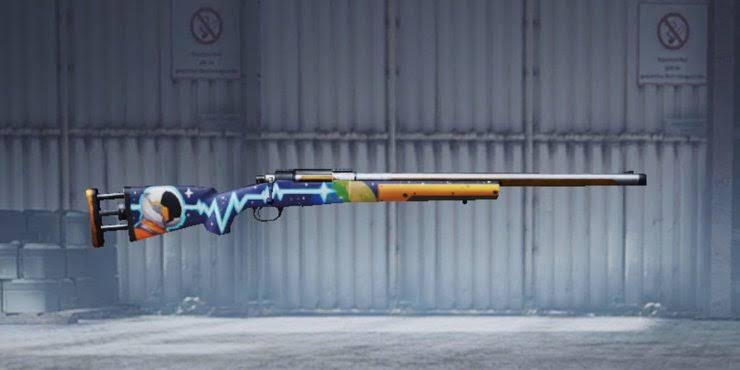 M24 is the best gun for better performance in TDM in BGMI if the player is good at sniping. The m24 is considered one of the best sniper guns among other guns in BGMI. The only thing you need is a good aim to kill the enemies with this gun. It has excellent damage too. This gun could also kill an enemy with a headshot to the player. The 4x scope would be a good option to use in the tdm as this tdm isn’t too big.

The Groza gun has a very good damage rate per bullet. It has also a very good fire rate. The Groza gun has slow timing of reload about 3 seconds. So for that, you would need to have a quickdraw mag. Groz is considered the best gun for better performance in TDM in BGMI.

This m762 is a versatile assault rifle. This gun has more attachment points when compared to the AKM attachment points. But the recoil of this gun is high such as AKM but that could be managed if you equip a foregrip for this gun.

This aug a3 gun has highly accurate shots because of its high-velocity muzzle and exceptional high landing.  This aug a3 could be the lowest recoil gun among all the guns if the player equips a compensator and a Foregrip.

Best gun for better performance in TDM in BGMI

If you are suitable for the close-range game then uzi and desert eagle are the best weapons for you.

The other is m762 and a Skorpion as m762 could be compared with the akm.

Additionally, the third combo is the Groza gun and a desert eagle. When needed the desert is also a good weapon to kill the enemy.

Another combo if you the player is good at sniping than is of M24 and Skorpion. The M24 has great damage and could kill the player in around 2 shots. The player also gets killed if shot with a headshot.

These all were the best gun for better performance in TDM in bgmi.