Free Fire: Free Fire is a famous battle Royal game. Garena Free Fire, also known as Free Fire, is a battle royale game, developed by Garena and published by Garena for Android and iOS. Free Fire became the most downloaded mobile game globally in 2019. The game received the award for the “Best Popular Vote Game” by the Google Play Store in 2019. 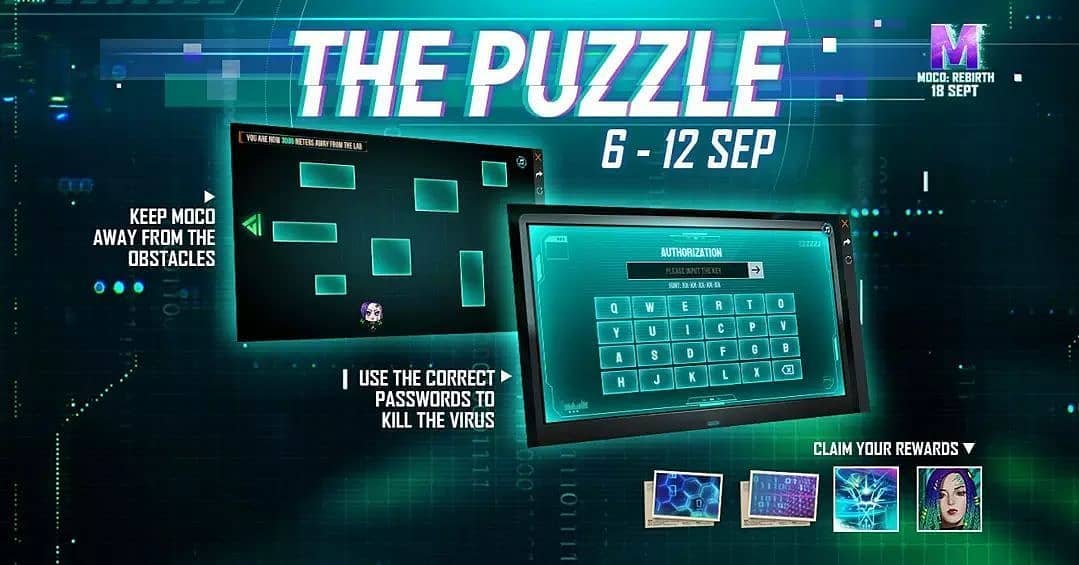 In this article, we are going to share detailed news on Moco Event in FF. Free Fire celebrating its 4th anniversary with many events like Moco awaking events, Free Fire Quiz, etc. So this event is also a part of Free Fire’s 4th Anniversary, which is schedules for September 2021.

Moco also known as Hacker’s Eye, is an upcoming Event in FF. This version was previously available in Free Fire OB29 advance server. The new events are expectedly to be of the same character. The new and awaken version of Moco is known by the name of ‘Engima’s Eyes‘. This version is also expectedly to have some characters, and Moco has his Skill awaken. That is why Moco Version is known as the Awaken version.

The correct date for the Moco Awaking Event is September 6th,2021. So after the Free Fire 4th Anniversary Event which is scheduled till 4th September, the major Event is starting just a couple of days after completion of the 4th Anniversary of Free Fire.