Galaxy Cup 2.0 Fortnite Rewards: Fortnite is one of the most loved game in the gaming community. This Fortnite game was out by the epic games and developers way back in the year 2017.

In this game, at once 100 players drops from the plane in a big map and all of them who stay till all except you are dead is the winner. There are different kinds of skins, weapons, weapon skins, health kits, and many more.

There are various types of weapons in the Fortnite game such as sniper rifles, shotguns, machine guns, grenades, etc. If we talk about currency then Fortnite has its own currency named v-bucks.

You could use these v-bucks to buy many things such as weapon skins, character skins, and many more things that could be bought with V-bucks. You could buy v-bucks using your real cash in online payment modes such as debit cards, credit cards, etc.

To keep players satisfy and to keep them engaging in the game developers update the game and correct the bugs regularly. 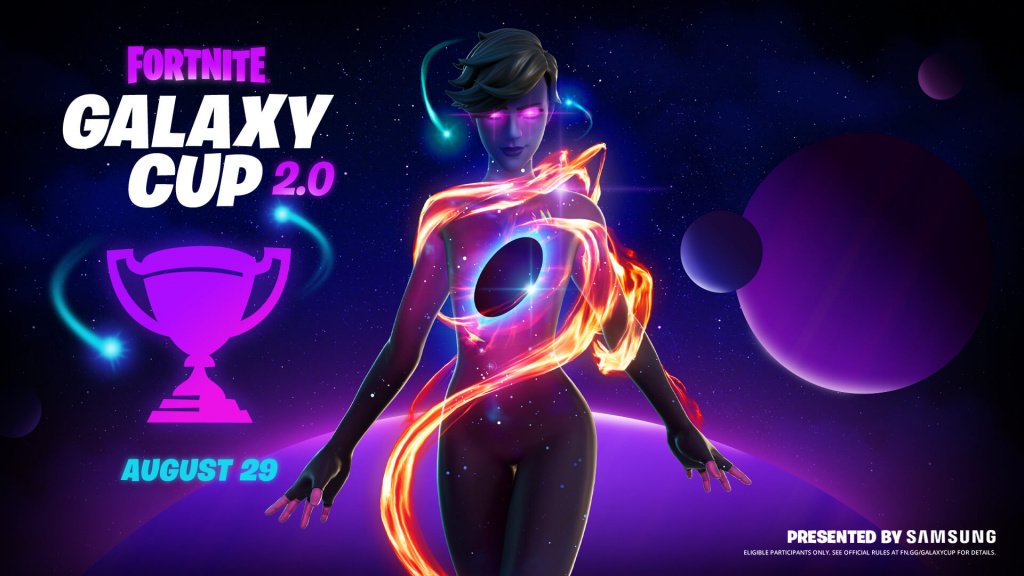 This Galaxy cup would be out on the date august 29 of the year 2021 and could you must play in solo.

And when your elimination level increases you are provided fewer weapons. And in the last, you are left with many fewer power weapons.

In this galaxy cup 2.0, Fortnite whoever scores more than 20 points gets a llamaxy spray. Whereas who scores very good or the top scores may get the galaxy grappler skin, vortextual wrap, and the hands of the galaxy back bling.

These all rewards depend on the region. In this players get about 3 hours of time to complete 25 matches and the final score is going to compare among the players of Fortnite among their region.

Among all of this if you do not want to complete and compete for this Galaxy cup 2.0 Fortnite. Then all the rewards of this would be available for you in the item shop where you could purchase them. But the official date of when they would be available in the shop has not yet been out.

You could see the rewards for top players according to the region in the below image. 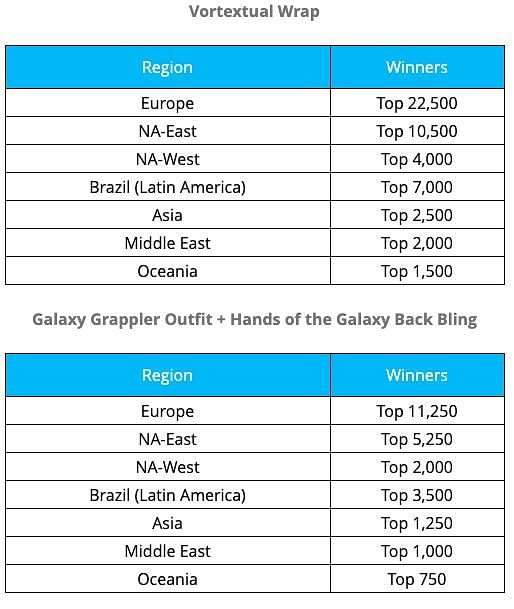 In this article, we have covered a detailed piece of information on various topics such as Fortnite game overview, Fortnite games currency such as V-bucks, Galaxy cup 2.0 Fortnite, rewards.

We hope you would have liked our article. As we have covered every detailed information on the Fortnite game and the new upcoming Galaxy cup.