Mihoyo has stated that new content for the game are release every six weeks.

Around the beginning of October 2021, Genshin Impact version 2.2 is are Release.

This rumoured competition between other players will excite competitive players. It was speculate that it could be a cooperative board game or large-scale combat like an arena battle.

The most eagerly anticipated aspect of any update. Is the introduction of new characters that we will be able to play. A few characters reference in the game have yet to be Lunch but are shown in trailers.

Teyvat is made up of seven (7) nations. Therefore Mihoyo is expected to introduce a large number of characters in the future. Some may or may not be including in the 2.2 upgrades.

How can you take part in Genshin impact 2.2 update?

Kamisato Ayaka, the star of the original banner, makes her playable debut in this edition, which will run until August.

Both the 5-star Pyro Archer Yoimiya and the 4-star Anemo Claymore Sayu will feature in the game’s second character wish banner, which will premiere at the end of Ayaka’s.

Genshin Impact is now available on PlayStation 4, PlayStation 5, mobile platforms (Android and iOS), and PC via miHoYo’s official launcher and the Epic Games Store as of June 9. A Nintendo Switch version of the game is also in the works, according to reports.

The leaker gave the dates in a series of posts that reveal numerous new details regarding the game’s future.

Check out the post below where Genshin Report discloses the whole patch calendar, as well as the likely release date of the game’s upcoming editions. According to the website, version 2.1 will be Launch on September 1, version 2.2 on October 13 and version 2.3 on November 24.

The Immortal God and the Eternal Euthymia, version 2.0 of Genshin Impact, will be release on July 21 and will include the debuts of Ayaka, Yoimiya, and Sayu.

As well as the debut of the upcoming Inazuma region, new enemies, items, mechanics, and a new Archon quest featuring Baal, the Electro Archon.

Right now, you can play the game’s current version, 1.6, which includes Kaedehara Kazuha’s character banner, as well as his featured weapon banner, a new Archon quest, and much more. 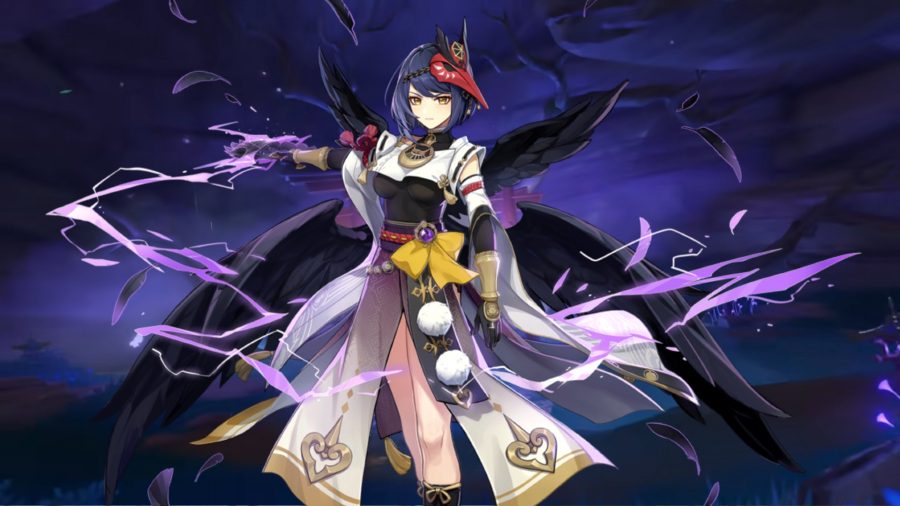 As the release date for Genshin Impac’s upcoming version 2.1 approaches, fresh leaks about the game’s future 5-star Baal continue to emerge. This time, a well-known leaker di breath disclose new modifications to her kit, which is now being test in the game’s beta.

According to the Dimbreath, Baal’s ascension star, which was previously Electro DMG Bonus, has changed to Energy Recharge. This element will be require to bring forth the full might of the Electro Archon in battle, according to her leake set and skills.

How to sign in for beta leaks of the Genshin impact 2.2 update?

Signing up for the game’s beta tests is as simple as it has always been. Fans can join the official Genshin Impact Discord servers or fill out the required Google Docs form.

Users will need their Discord ID and username, as well as. Their in-game UID and an official miHoYo account to register. They’ll also have to provide details like their nation: age, and current Adventure Rank for their character.

Because of the vast number of fans vying for a spot in the. Beta test the chances of being chosen are minimal. Because Genshin Impact is such a popular game, many individuals worldwide will try to get into the beta test for Version 2.2.

Sign-ups are only open for a limited time, so fans must register before August 13 at 12 p.m. GMT +8.

For those who aren’t chosen, beta leaks are fairly regular and. Usually, emerge online quickly, so they need not have. To wait long to see any of the 2.2 stuff for themselves.