Fortnite Quest – Talk With Any NPC

Talk With Any NPC Chapter 2 Season 7

Fortnite Quest – Talk With Any NPC Chapter 2 Season 7: The players have been enthralled by the new Fortnite Season. Epic Games have introduced a lot of new stuff to Season 7, such as new NPCs, weapons, and vehicles. In Fortnite, Chapter 2, Season 7 contains a new legendary quest called “Conversation with NPC.”

Sunny, Bushranger, Dreamflower, Abstrakt, and Riot are five NPCs with whom players must speak. Each of the five NPCs has a specific place. We’ll tell you where to find these 5 NPCs in this guide so you can finish the Season 7 legendary task quickly.

How to Complete Quest and talk with NPC

To complete this legendary task, you need to speak with three of the five NPCs. As a result, you have the option of visiting whichever NPC you like. Three NPCs can be found west of the Aftermath.

And the other two on the map’s east side. To finish this epic Quest, we recommend playing many matches. The following are the locations of five NPCs in the game:-

All you have to do is go to the NPC and select Interact with them. Your legendary mission will be accomplished if you interact with 3 out of 5 NPCs, and you will get 45k XP, which will assist you in progress through Season 7’s battle pass.

Note:- You have only a week to complete the Fortnite quest.

You must, however, first defeat Riot NPC. Only then will you be able to communicate with him. To battle Riot NPC, gather several powerful weapons. Also, stock up on ammo because you’ll be fighting a slew of foes.

Please don’t take this task lightly because it will be complete by a large number of players. Keep your wits about you and gather some weapons to fight off your foes.

Examine the area around you to choose the optimal time to interact. Your guard is down once you start talking. It’s the optimum time for your adversary to murder you.

Also Read: How to Win Fortnite Without Kills ! Complete Guide

How to talk with NPC to find an infiltrator?

Identifying an Infiltrator by interacting with many non-aggressive NPCs is one of the Week 8 Legendary Quest stages in Fortnite Season 7.

In Week 8 of Fortnite Season 7, players will need to speak with every non-aggressive NPC to discover and destroy an Infiltrator after completing many spy tasks for Dr. Slone.

Unlike past Fortnite seasons, where players could only interact with the main story through loading screens, Season 7’s Legendary Quests allow players to take a more active role in the Alien Invasion’s events.

Dr. Slone frequently leads these missions, which begin with instructions from a payphone and progress through a sequence of connected actions to combat the Alien Invasion.

To complete this week’s Legendary Questline in Fortnite Season 7, players must determine which of the favorite NPCs throughout the area has been replacing by an Infiltrator and fight them.

Locations where players can speak to NPCs 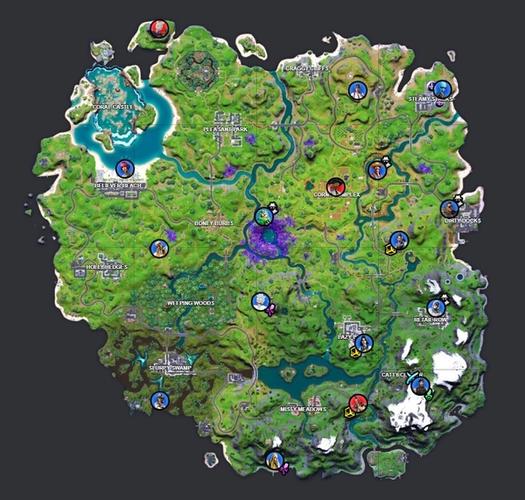 Because each NPC tends to wander, players will need to use their minimap to locate them. They’ll show as three-dot speech bubbles in the center. Usually, your interactions with these NPCs will be as routine as always.

However, now and then, players will notice that the NPCs are acting strangely. They might also notice that unusual words are underlined in red or that the NPC highlights the player’s humanity. These are indicators that the character is posing as an Infiltrator.

Five characters appear to be the most common Infiltrators in a given match, even though it is usually randomized. Sunny, Joey, Human Bill, Bunker Jonesy, and Abstrakt are among them.

Players may want to prioritize speaking with these characters first, as they offer the best chance of helping players complete the quest quickly.

How to Discover NPC

If you select this option, the alien Trespasser posing as an NPC will attack, and players will have to defeat it in combat. After successfully revealing and defeating an Infiltrator, players may need to speak with many NPCs.

The task will be complete automatically. This final Week 8 Legendary Quest will reward players 30,000 XP toward their Fortnite Season 7 Battle Pass.

If opponents or IO Guards kill players, they can revive and resume the quest, giving them a little more time to travel around the area to the various NPCs.

There are all the NPCs currently available in Fortnite Season 7. As you can see, there are not as many of them as before – in fact, there are only 22 NPCs compare to the 46 characters available in Seasons.

It’s also worth noting that NPCs aren’t always static, so some of them, like Joey, may wind up roaming around the map. For the time being, these are the places where you should be able to find them.

To complete the Superman tasks and acquire the Superman skin, players must accomplish quests from the newly introduced NPCs Armored Batman, Beast Boy, and Clark Kent on the Fortnite map.

Armored Batman may be found near the ocean in the southeast region of Dirty Docks. On the wooden bridge in the center of Weeping Woods, Beast Boy is. Finally, Superman has arrived at The Orchard farm, which is located north of Corny Complex.

When the Superman quests originally went life, these NPCs didn’t appear on the map, but they should now. If you’re having trouble finding them, there’s a chance you can acquire them from payphones.

Above given is information about each and everything on Fortnite quest- talk with any NPC.

Also Read: Party Trooper is Rare Outfit in Fortnite | How To Get

Previous article
How to Win Fortnite Without Kills ! Complete Guide
Next article
Is Alex a Female in Minecraft? | Know Everything