Worst Gun in Free Fire (FF) 2021: As is widely known, Free fire is one of the hottest competitive games for quite some time now. While nothing can replace a pro player’s sheer mechanical skill, knowledge of the constantly shifting meta might give you a competitive edge.

Free Fire is one of the fastest Royal games today. They are cross 500 million downloads in the Google Play Store, making it one of the most played games between phones. One of the reasons for the great growth of the game is its ability to work on low-end devices.

Free Fire has a variety of weapons to choose from, depending on the situation and the player. Each gun has strengths and weaknesses as they vary in injury, retrieval, fire rate, and availability. Some guns have a combination of better statistics that make them ideal for short, medium, or long fights, etc.

While a high rate of fire is usually a good thing, combining it with a very low ammo count(20) makes this a messy weapon, especially when you are missing your shots. Further, the low damage, accuracy, and range make it one of the worst SMGs in the game.
Side-Note: While adding the right attachments improve it significantly, there are plenty of other SMGs that are much better. Also, only two attachments can be equipped, which is just a nail in the coffin. 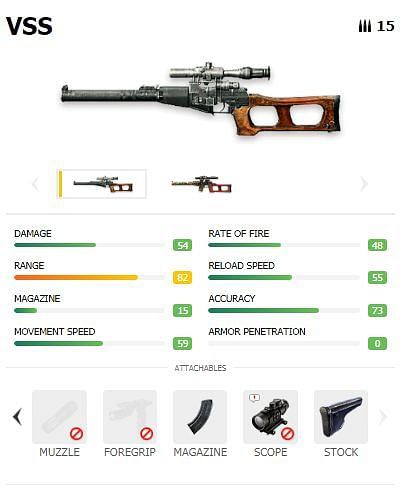 As it comes with a pre-attached 4x scope and players can only attach a magazine and stock. which doesn’t enhance its statistics much. Combine that with very low damage than a traditional AR over high ranges it makes it a pain to score a kill. Even though it’s classified as an SMG its close-range damage is also terrible. 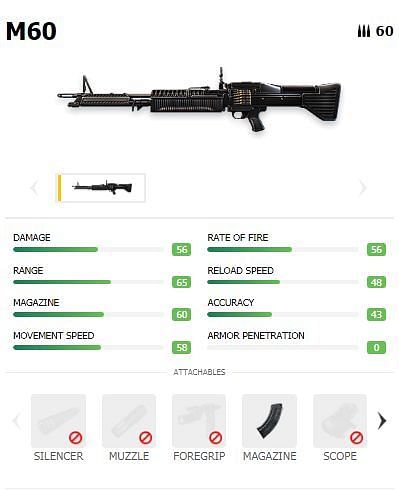 This Assault riffle’s quirks like terrible accuracy, no attachable scopes. Only a magazine can be equipped as an attachment, plague its performance. Playing with this gun is usually a very taxing affair. 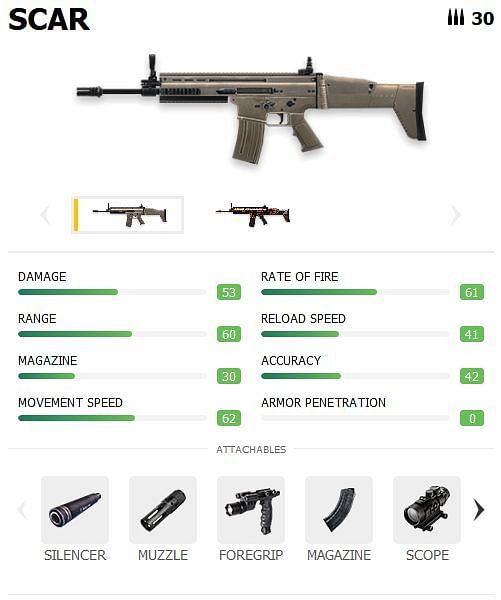 An Assault rifle with low recoil and decent accuracy seems like a match made in heaven for beginners. The joint-lowest damage (53) and second-lowest range (60) means SCAR just feels like one of the least dangerous weapons. It comfortably loses the battle for being the secondary weapon to a top-tier handgun, SMG, or sniper, depending on your preferred range. While SCAR seems like a balanced weapon, one needs to mix and match attachments to truly find value with it, as the gun could be unstable during actual scrimmages.

Nothing can replace a player’s skill. But knowledge about the ever-shifting can prove to be a lethal weapon. Our lists are highly subjective. At the end of the day, a trash weapon on the right hands can create wonders. Hope you find your groove. Happy firing!