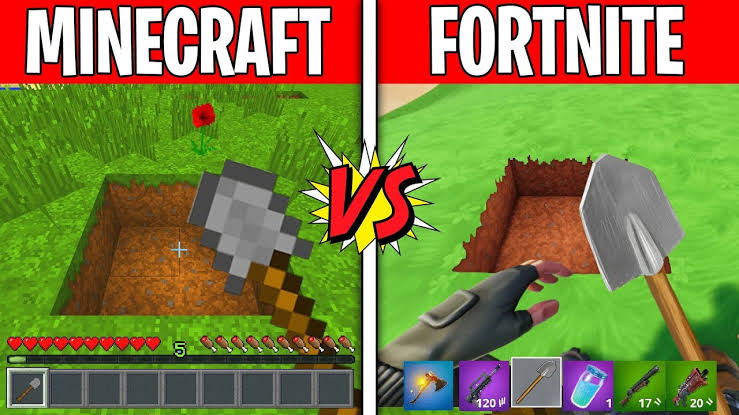 Minecraft vs Fortnite | Which is the Best: Both Fortnite and Minecraft are fantastic games that have left their imprints on the gaming industry and have received critical acclaim from numerous gaming publications and websites around the world. It’s natural to draw parallels between Fortnite and Minecraft, as both games are instantly recognizable. We pitted the two against each other to see who could win the ultimate game.

Read More How to Download Fortnite on iPhone or iPad 2021

Minecraft and Fortnite are two of the most well-known and iconic video games in the world, both of which have received critical acclaim from the gaming community. Fortnite is a first-person shooter (FPS) survival game set in a destructible environment with a battle-to-the-death structure. Fortnite: Save the World, Fortnite: Battle Royale, and Fortnite Creative are the three game modes available. Minecraft is a classic take on modern pop culture that is an open-world role-playing game (RPG) with a focus on exploration and creation.

How are both games different from gameplay?

Fortnite is a popular survival video game that focuses on building and surviving against enemies and the elements. The Battle Bus drops players off on the island of their choice at the start of the game. The goal is to fight your way to the finish line until you’re the last man standing. If you want to make it through the constantly changing elements and maps. You’ll have to put your survival and combat skills to the test.

Fortnite has been a huge success and has reached an unprecedented level of popularity – it is, after all, the most popular game on the planet right now. But, as with all megahit games, it follows a predictable pattern: what goes up must come down.

Minecraft has accomplished something far more unusual: it has remained popular for ten years while still offering promising prospects. According to the data, Minecraft is a good choice to return to after megahit games like Fortnite fade away. Which is likely what we’re seeing.

One of the things that makes Minecraft’s rise in popularity even more impressive is the fact that, unlike Fortnite, it isn’t actually free on most platforms.