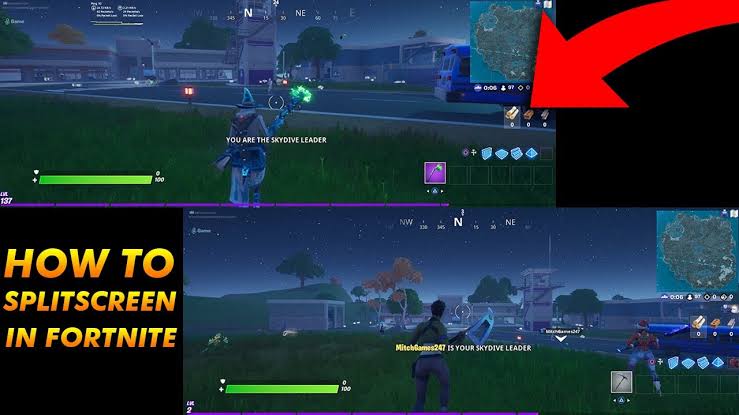 How to Play Fortnite on Split Screen: The ability to play Fortnite in split-screen mode has been one of the best additions to the game in recent years. This convenient feature enables two players to play the battle royale game on the same screen without the need for a second console. There are a few restrictions, but for the most part, it’s a great way to introduce friends and family to one of the most popular free games available. This guide will show you how to play Fortnite in split-screen mode.

How to do Split Screen on Fortnite

It’s simple to invite a friend to join in the fun, and the steps are the same for all compatible consoles. Make sure you have a second account and controller available for your friend before you begin. Then, to activate the split-screen mode, simply follow these simple steps:

It’s as simple as that! You’ll be able to play games with your friends and compete for a Victory Royale. There are, however, a few important limitations to be aware of.

Solo Mode is not available when playing split-screen online multiplayer, which should come as no surprise. This would give two people on the same couch an unfair advantage in a battle royale. As they could coordinate their attacks and effectively work as a team against all the other single players. As a result, Solo Mode does not work with split-screen play. In addition, you won’t be able to play in Creative mode or Team Rumble.

Instead, you’ll have to choose between Squads and Duos. When two players use the same console, these are the only two modes that work, and Epic Games hasn’t said whether this will change in the future.

Also Read How to Download Fortnite on iPhone or iPad 2021