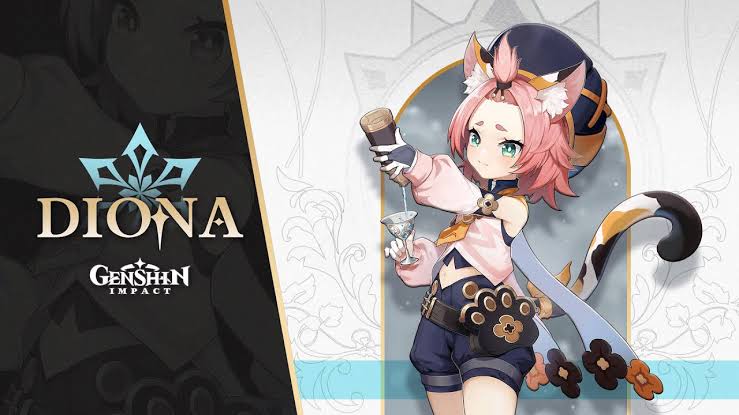 Despite working as a bartender at Cat’s Tail, she despises alcohol and wishes to destroy Mondstadt’s wine industry. There is a task that is made more difficult by the fact that her customers adore her drinks.

Also Read: Viral Market Store Fortnite | How to Use Step by Step Guide

Before learning how old is Diona from Genshin impact let’s see about her other qualities.

Diona is a petite young lady with fair skin and short pink hair. At the front of her head. Her other features include pink, black, and white cat ears and tail, teal green eyes, and round brows. Diona’s cat characteristics are those of a calico cat.

Diona also wears a dark indigo sleeveless shirt with an orange-yellow scarf, pale pink sleeves, a vest with the same color sleeves, and white gloves with light pink paw-like patterns on the undersides. Diona has a cold drink canteen strapped to her shorts.

How old is Diona Genshin?

Diona is going through a rebellious phase, according to her father Draff. While Diona adores and idolizes her father. Witnessing his change in personality while drunk shattered the pedestal she had placed him on and began her vendetta against alcohol. 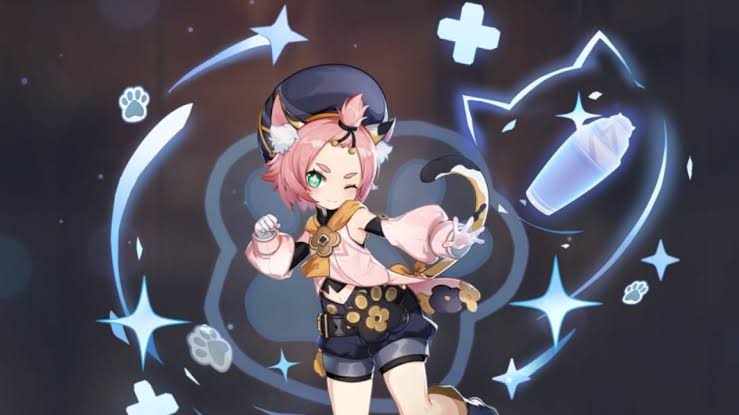 She despises anyone who consumes alcohol, with the exception of Lisa, whom she considers to be nice and gentle but bemoans the fact that she drinks.

Diona’s Cryo ability has become her preferred method of treating a drunkard’s alcohol addiction. Her Elemental Skill fires Icy Paws, dealing Cryo DMG and forming a shield. Holding it for a longer period of time increases the number of Icy Paws fired and the shield’s capacity. Creating a Drunken Mist that heals allies and deals Cryo DMG to enemies for the duration.

Also Read – How to Get Free Rewards in Free Fire