When does the Next Fortnite Season start ? Season 7

When does the Next Fortnite Season start: When does Fortnite Season 7 start is a question on many players’ minds right now? As we’ve reached week 11 of the current season. Implying that the end can’t be far away. We used to be able to predict when a new season would begin with reasonable certainty because they all had a comparable run time.

However, that is no longer the case as each passing season appears to have a different length to fit in with other events. Of course, there are some hints that can help us figure out when Fortnite Season 7 will begin. And also what changes we can expect when it does.

Although we won’t know where Fortnite is going next until an official announcement, all of the buzz surrounding the game right now is pointing to the impending arrival of aliens. Posters depicting UFOs, such as the one shown above, have been discovered in the files, influencers have been given DVD players containing images of crop circles.

Data-miners have discovered animations and sounds for what appear to be in-game alien abductions. If you want to learn more about the Fortnite Season 7 release date and where the storyline appears to be heading, here’s a rundown of everything we know so far.

Dates and Other Leaks 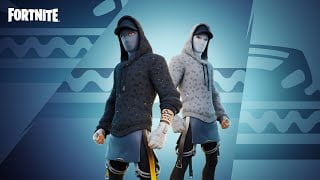 Fortnite is one of the most popular games on the market right now. They have maintained this consistent growth by offering a complete package to the players. Fortnite is a multiplayer online battle royale game that everyone enjoys playing.

It also regularly updates the game to provide new content to players such as missions, bosses, cosmetics, and more. Primal has provided Fortnite Chapter 2 Season 6 players with a wide range of collaborations, events, cosmetics, and more. However, players quickly grow tired of one season and can’t wait for the next one to begin. This is why many players are wondering when Fortnite Season 6 will end.

During Chapter 1, A Fortnite season typically lasted around 10 weeks. Though this was expanded slightly in Chapter 2 – often a week or two was added on the end as overtime. But due to various delays, Chapter 2 Season 2 ended up running for a whopping 17 weeks! Season 3 then lasted the allotted 10 weeks. But Season 4 lasted 14 weeks and Season 5 lasted 15 weeks. Making it difficult to predict exactly what will happen each season.