Dream Using Speed hack in Minecraft: Dream, a Minecraft speedrunner and streamer. Has responded to ongoing accusations of cheating in his record-breaking speed run by admitting that he did. 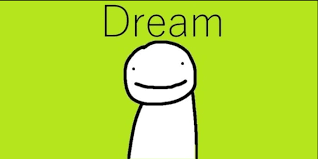 In fact, cheat, albeit unknowingly. Dream, who became famous for his creation of Minecraft Manhunt as well as his legendary speed runs. Thus, allowing him to complete the illegitimate run.

The trouble started at the end of 2020 when Dream posted an incredible 19-minute speed run on Minecraft 1.16. Which earned him 5th place on the speed run global leaderboard. Despite the fact that Dream is widely regarded as a breakout YouTube and Twitch star for his legendary speed run streams. Questions about the legitimacy of the run were immediately raised. Luck is an important factor in successful Minecraft speed runs. Especially when obtaining rare items like Ender Pearls or Blaze Rods required to reach the Ender Dragon. Dream’s luck in his speed run was noticeably, and astronomically, high.

How Did Dream Admit that he was Cheating?

Dream admitted in a lengthy statement posted on his official Twitter that, after conducting his own investigation. He discovered that he had inadvertently been using a disallowed mod that increased the drop rate. For Ender Pearls and Blaze Rods for his challenge videos. Dream Using Speed hack in Minecraft

“I felt really terrible for the mods because I dragged them through the mud even though they were mostly right.” Dream Said.

Miscommunication between Dream and the mod’s creator meant that it went largely unnoticed. Until Dream looked into it and accounted for the statistician’s and moderators’ mismatched math. Make a fair record speedrun, though he maintains that he never intended to deliberately cheat.

But Dream’s fanbase has been forgiving about the whole thing since it started, and his confession has only elevated his status among this devoted segment of the Minecraft community. The entire saga could have dragged on for years, with both sides leveling accusations, but Dream’s testimony should have put an end to it.