The Rocket League McaLren 570S Pack, which includes the 570S McLaren, Silver Decal, and more, will be available to anyone who missed out on the 570S. Additionally, those who currently own the McLaren 570S may purchase this new pack without the car for a lower Credit cost. Only individuals who already possess a McLaren 570S will be able to choose this option. Here’s a list of what’s included in both packages. Rocket Leagues 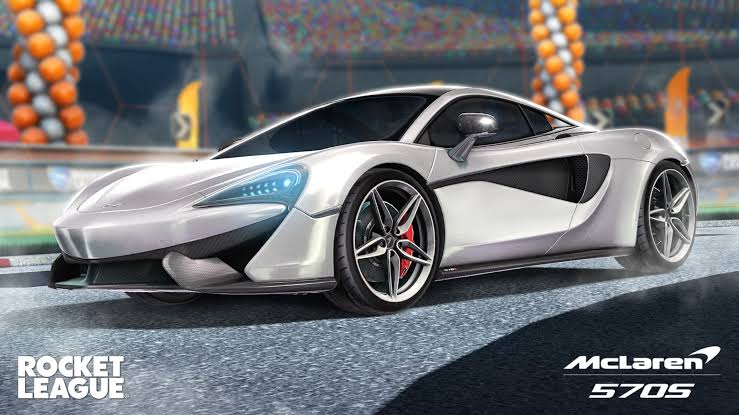 On December 6, 2018, the McLaren 570S was launched as a car body. It’s only available as DLC, so you’ll have to buy it separately.

Other than the customization options included in the DLC pack, the McLaren 570S cannot be customized. The DLC bundle contains no decals, toppers, or antennae.

There is no such thing as a finish line for McLaren. That’s why the sleek McLaren 570S is returning to Rocket League for the first time since it was Free To Play, and it’ll be available in silver this time! Beginning May 27 for a limited time, hit the pitch in the first supercar to play Soccer.

The Rocket League McLaren 570S Pack and Upgrade Pack will only be available until June 2. So get your hands on this supercar before it vanishes from the Item Shop.

Latest Updates about the Skin

All Premium DLC Packs will no longer be available for purchase as of Patch v1.70. You will still have any things from the DLC Packs in your inventory if you already own them.

Items from Premium DLC Packs may reappear in the Item Shop for individual sale at a later date.

Also Read – Is Rocket League free to play on Xbox

Rocket League Weekly Challenge Not Working: Many players of Rocket league facing issue, of not working by the game. This is due to Technical...
Read more
Gaming News

Roblox redeem code Today 08 September 2021: Roblox is all about personalization, whether it's the world or character, almost all of it can be...
Read more
Gaming News