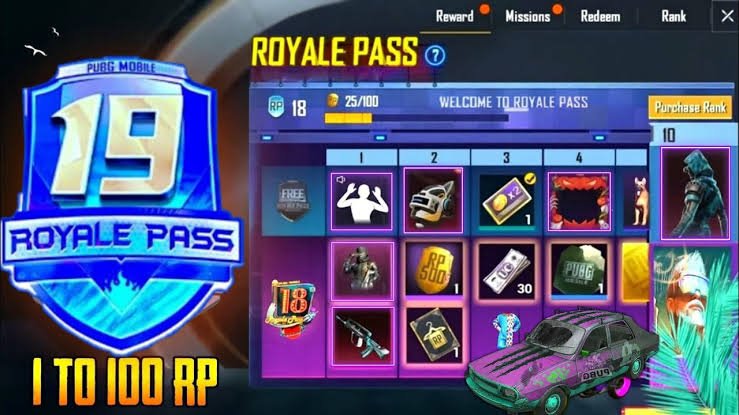 The PUBG Mobile Season 18 Royal pass is ending on 15th May, Which means you have still few week to come season 19. In every season, You have to choices, Elite pass and Elite Pass plus to collect an RP reward. Which you need to complete the mission and you earn  RP points. PUBG Mobile Season 19 Royal Pass Rewards

In this article, we are discussing the upcoming PUBG Mobile Season 19 Royal Pass Rewards, Release Date Revealed and many more.

PUBG Mobile Season 18 Royal pass Drawn to close and has been locked by PUBG Mobile. When the player Presses the RP icon, they are showing Upcoming Royal pass Remaining time in your Screen.

There are some leaks of the Upcoming Season 18 RP Reward which are lshown below.

Season 18 RP 1 reward is Heavenly cadence set with Electronics Hearts AUG Skin. This outfit is a mythic outfit that is designed in the line and a theme-based outfit. Season 18 is a part of PUBG Mobile 1.3 Hundred Rhythms Mode. This mode is a music festival season update and any mythic out, skin, and many more in this mode.

Season 18 RP 25 Reward is beautiful to emote “Belly Drum Emote. you got is the reward in 25 RP.

At completing 100 RP points player will get an legendary String Ensemble Set.